In order to monitor hypoxia year-round, hydrographic, chemical, and biological sampling has been conducted along the C transect monthly since 1990, and intermittently during years 1985-1990. Sampling along the F transect has been conducted every other month since 2000. Sampling months for the F transect are altered year-to-year so that all months are sampled over the long-term. 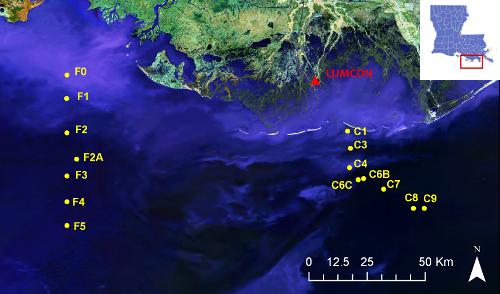