The figure below shows the station locations that were found to be the most frequently hypoxic during the shelfwide cruises over the past 23 years. We reviewed the bottom oxygen values recorded at each station during a particular year and counted that station as hypoxic if the bottom dissolved oxygen was < 2mg/l. Frequency was calculated as the number of years a station was hypoxic over the total number of years that station was visited. Stations visited less than three years were not included in this analysis. 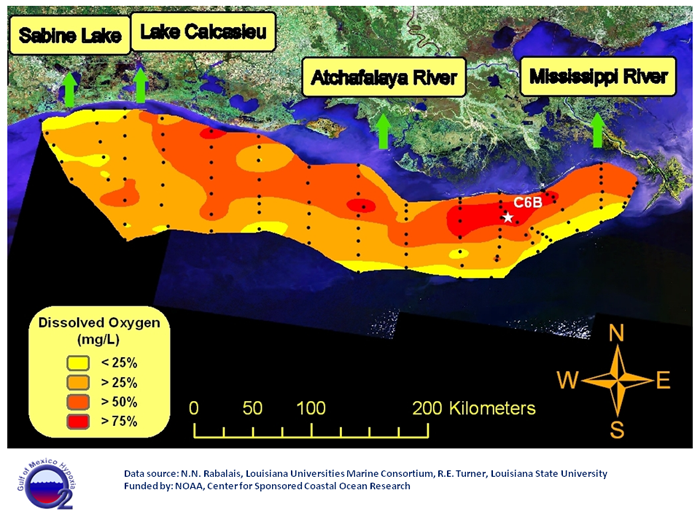 Frequency of hypoxia by station from 1985-2008. Stations are marked with black dots on the map.
Go to Top