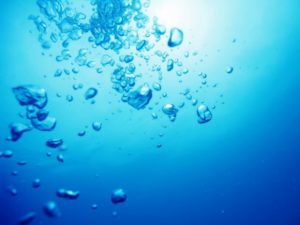 Each day, journal editors, including the team at Journal of Geophysical Research: Oceans, make binary decisions with submitted articles—to publish, or to decline. So too do authors: faced with the need to have a tidy conclusion to a research paper, they tend to make a clear choice. But it isn’t always that easy, and nowhere is this made plainer than in the varying explanations offered for observations of changing ocean oxygen concentrations.

One group of researchers favors “stratification” as a cause—the tendency of climate warming of the upper ocean to restrict seasonal overturning and reduce the supply of new atmospheric oxygen. In practice there is as yet scant evidence for this in the modern ocean, but it is favored explanation for geochemical changes associated with the end of the last ice age.

Physical oceanographers, keenly aware of how sensitive their models are to changes in the wind field, tend to invoke changes in wind as the primary driver of changes in the ocean oxygen field.

Meanwhile, ocean chemists are aware of the fundamental power of temperature as the prime driver of chemical (and microbial) reaction rates, and, taking note of climate warming, show that strong correlations exist between observed rates and temperature.

That the prediction problem is real was clearly illustrated in the reports from a 2016 meeting at the Royal Society [Shepherd et al., 2017] where it was reported that “Our current understanding of both the causes and consequences of reduced oxygen in the ocean, and our ability to represent them in models are therefore inadequate and the reasons for this remain unclear.”