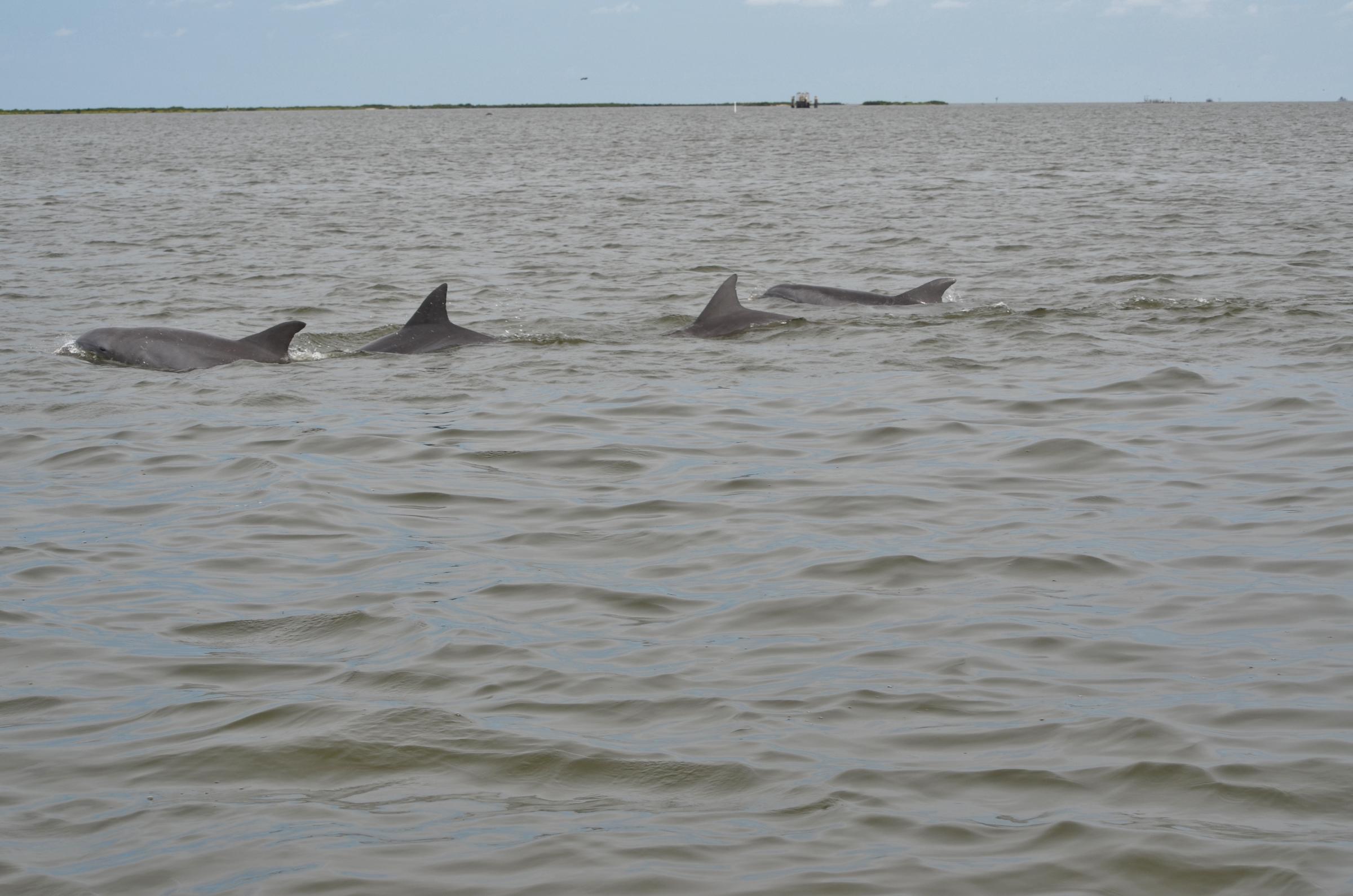 Two dolphins swim off the coast of Grand Isle in the Gulf of Mexico. JUDY PALERMO | THE INDIANAPOLIS ZOO The Dead Zone. It sounds ominous, mysterious. “So its a phenomenon that, to my understanding, didnt even really exist before the 1970s, but is an environmental response to high nutrient loads, primarily nitrogen and phosphorous,” says Seth Blitch, Coastal Program Manager for The Nature Conservancy in Louisiana. All those nutrients delivered to the Gulf are like a buffet for algae. They feast on this newly found food supply. The feeding causes them to rapidly reproduce, creating huge algal blooms. Those algae soon die and their decomposition removes oxygen from the water. Thats a problem for marine life. “It’s an area where you cant live, it would be just like anywhere,” says Judy Palermo. Shes a spokeswoman for the Indianapolis Zoo. A quick geography lesson explains why a zoo in Indianapolis is so concerned with something happening nearly a thousand miles away in the Gulf of Mexico. The Wabash River runs through Indiana. It flows into the Ohio River, which eventually joins the Mississippi River. One of the tenets of conservation ecology is that everything is connected in some way, says Blitch. Thats true everywhere and its evident in the Gulf and the Mississippi River Basin. The Basin itself drains about 41-percent of the United States. 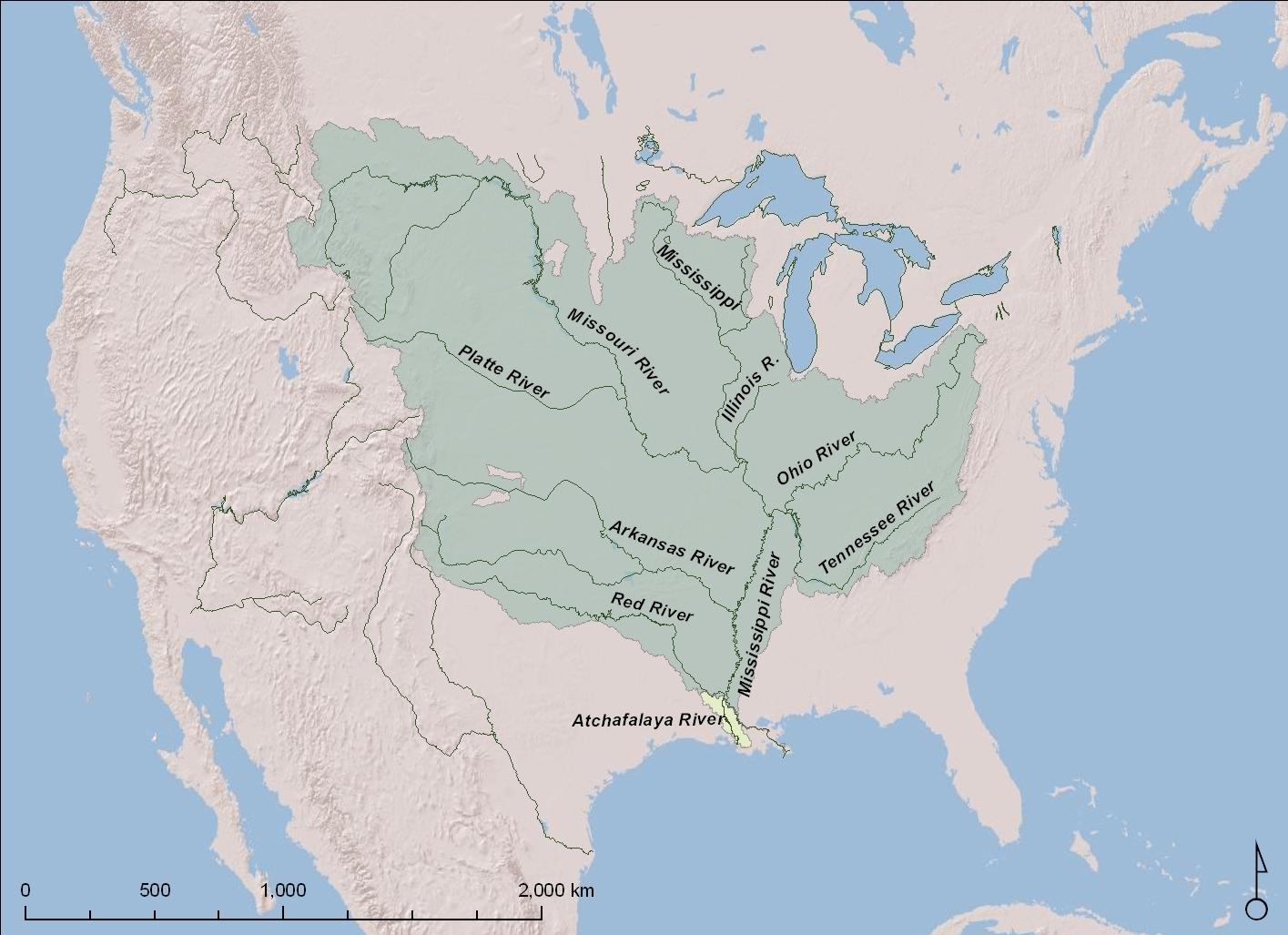 The Mississippi River Basin spans 31 states and two Canadian provinces between the Rocky and Appalachian Mountains. It drains 41% of the United States. The Mississippi River Basin connects Indiana and Louisiana ecologically. This infrastructure delivers the nutrients that creates the Gulfs Dead Zone. According to Blitch, the Dead Zone forms largely off the coast of Louisiana from the mouth of the Mississippi, west. Typically when you have higher flows in the Mississippi River you have a larger Dead Zone because youre just delivering more water which carries more of those nutrients with it. Palermo adds that 10-11% percent of the nitrates and phosphates in the Gulf come from Indiana. To educate visitors on the Dead Zone, the Indianapolis Zoo is revamping their dolphin exhibit. As part of the new exhibit, The Nature Conservancy helped the Zoo film a video of wild dolphins swimming off the coast of Grand Isle. While dolphins can always swim out of the Dead Zone, theyre still affected by it. Blitch explains how. “They dont kill fish directly. But what happens is, in the case of the dolphin for instance, dolphin feed primarily on fish, they love fish, so when those fish leave the area of the Dead Zone, those dolphin arent going to be there either because theres nothing to eat and theyll also leave and follow and the fish. Agricultural runoff, rich with nitrogen and phosphorous, is commonly blamed for the Dead Zone.” Blitch isnt quick to point fingers, though. We have a board member who says, Never criticize a farmer with your mouth full. If were talking about the Dead Zone its not an issue you can point to anybody, again, to me its a societal thing. And Blitch says that makes finding a solution complicated. “Nutrients by themselves arent inherently bad. Its a combination of a lot of different practices, whether theyre agricultural or its impervious surfaces or how waters are treated or not treated and then how those waters are available or not available to marshes, which can actually also absorb nutrients. So its complex, because its connected.” 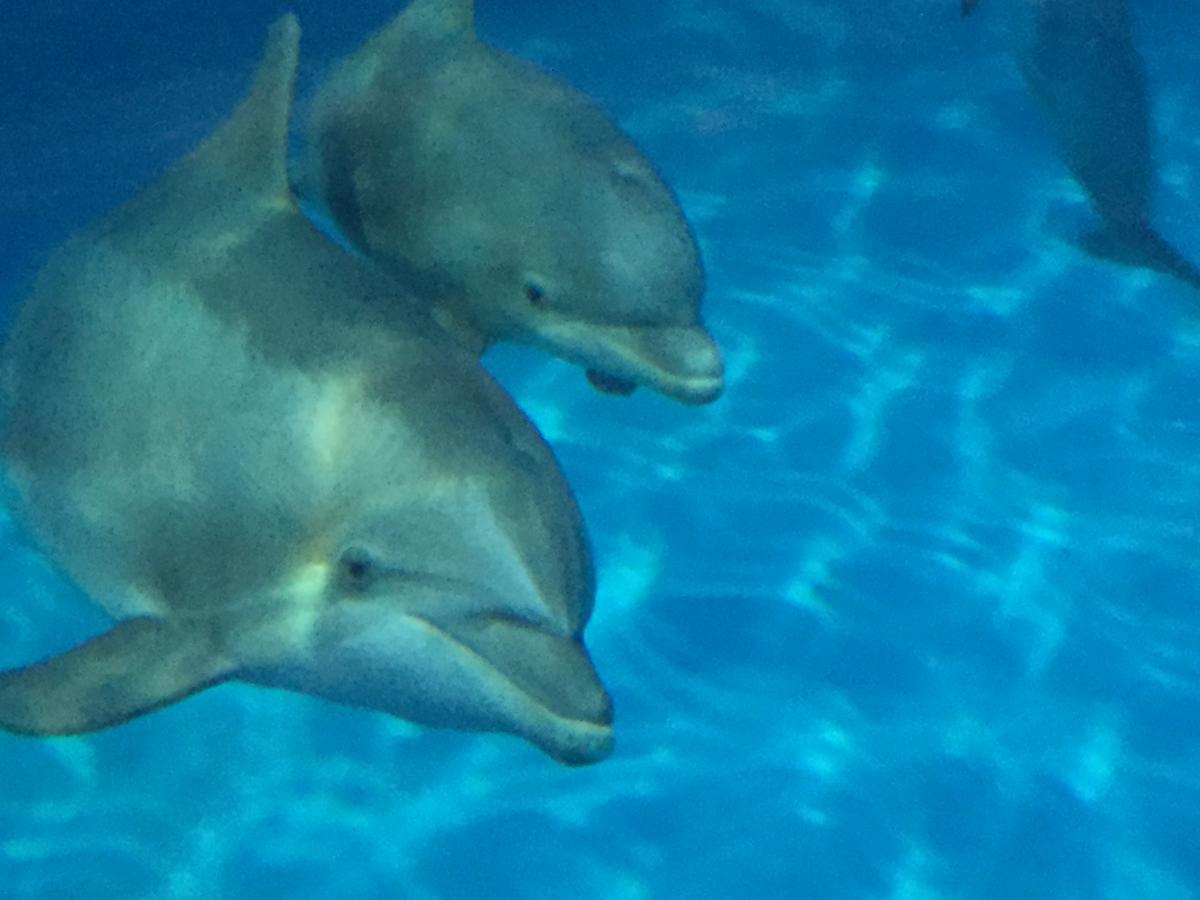 Kalei, left, and baby Calypso, right, swim at the Indianapolis Zoo. CREDIT THE INDIANAPOLIS ZOO Judy Palermo hopes the dolphins at the Indianapolis Zoo will establish an emotional connection between their wild cousins in the Gulf and the audience. We always say were a conservation organization that just happens to have a zoo. By seeing this video, when people see one of the animals theyre kind of ambassadors for their species in the wild. Because of the Mississippi River Basin, Indiana and Louisiana are linked. The choices we make in Indiana dont just affect us, Palermo says. They affect animals states away…. So were not just living on an island. Source: http://wrkf.org/post/dolphins-aid-gulf-conservation#stream/0
Leslie Smith2017-01-17T09:21:53+00:00October 15th, 2015|News|Comments Off on Dolphins Aid with Gulf Conservation